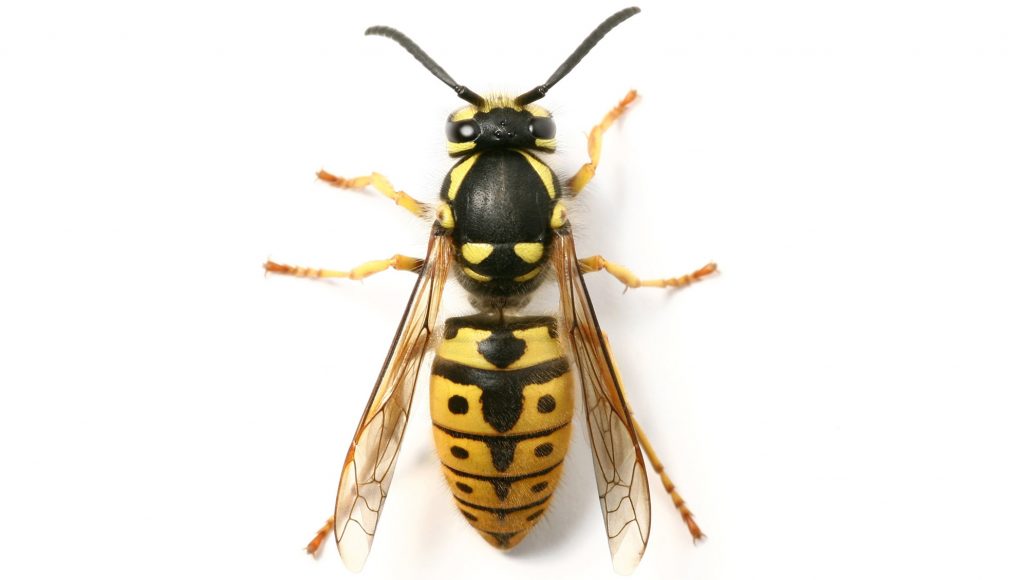 Both species are common throughout the UK and Europe.

Adult worker wasps can be approximately 10 – 20 mm in length and have a distinctive yellow and black banded colouration. Queens are also winged and have similar colouration but are much larger in size.

Fertilised queens hibernate over winter and emerge in early to mid – April and will then search for a suitable site to start her colony. The beginnings of the nest or ‘cell’ is smaller than a golf ball and is made from organic material such as chewed bark, timber or leaves that miked with saliva to form the construction. Within the small nest 10 to 20 eggs are laid in individual chambers. This is the only time that the queen is actively outside of the nest as she tends to the larvae by catching small insects to feed them and at this stage is vulnerable to danger. The first brood of young workers, which are sterile females, emerge and will carry out the task of enlarging the nest and providing food for the larvae from on-going egg laying by the queen. The colony can reach anything up to many 1000’s of wasps in number at its peak in late summer and during this time young males and queens will emerge to mate, upon which the young fertile queens will leave and find a suitable hibernation place to start the process off again the following spring. The rest of the colony will die, with the nest never being used again.

Nests can be located in soil banks, loft or roof spaces, wall cavities, hollow trees, even within disused rooms if a window has been left open. Nests can become very large, expanding throughout the summer. Colonies only survive for one season in the UK dying on the onset of cold weather, around late October or November. Workers forage on a wide range of foods such as insects and sweet substances. They often become a nuisance in late summer when being attracted to sugary drinks and foods.

Wasps can be a real nuisance if a nest is close to buildings, they are often attracted and forage amongst sweet food products such as in bakeries presenting a health risk. Danger of stinging, which is unpleasant and painful, sometime fatal. There is also a risk of disease transmission due to their habit of feeding on rotting food or animal carcasses.

How we control Wasps

Wasp nests are easily identifiable by the amount of activity around the nest entrance or site. Treatment is relatively straightforward and consists of an insecticide dust applied into the nest entranceway by a fully trained Technician wearing suitable protective clothing. Within a time period between a few hours to a day or so activity should cease, the nest is organic in material and will degrade over time without any fear of the nest ever being used again.