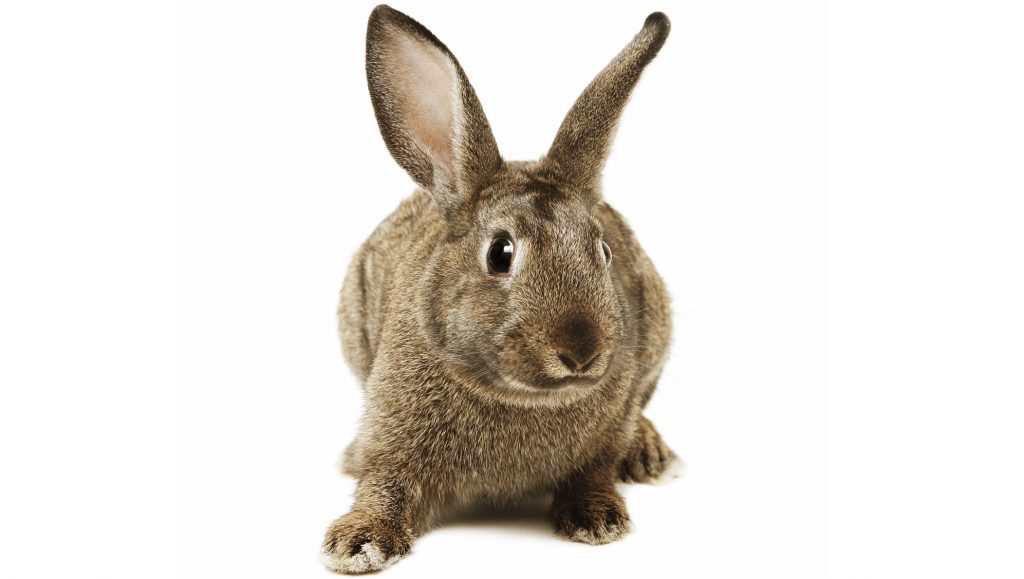 Rabbits originated in Eastern Asia (China and Mongolia) around 60 million years ago, although the descent to the modern day rabbit is not clear. Rabbits are found in most parts of the world being first introduced into Britain by the Normans.

Fully grown rabbits can reach up to 45cm in combined head and body length and weigh anywhere between 1.2 – 2 kg. They have long back legs, long ears with fur grey to brown in colour with a white flash under the tail when running.

Rabbits have legendary powers of reproduction with up to 5 litters per year consisting of an average of 5 young per litter. These develop quickly reaching sexual maturity in 4 months. The life span is around 12 months in the wild but can live up to 9 years in captivity.

Rabbits live communally in a group living in burrows known as a warren. These can have several entrances, some of which may be hidden amongst vegetation, including hedgerows.

Damage to crops can be considerable resulting in serious economic loss. Rabbits can also do considerable damage to playing surfaces and undermine embankments and other structures through digging activities. They also cause damage to plants through stripping bark or damaging shoots.

How we control Rabbits

Exclusion from fields or gardens by the installation of rabbit proof fencing can be carried out along with non-toxic methods such as trapping with humane live capture traps (which have to be inspected daily) and using ferrets to net them. Other methods include the use of gas placed down burrows and sealed carried out by fully trained technicians.